The much awaited report from Dr Michael Cullen’s Tax Working Group (TWG) was released today 21st February 2019 (the Government having received it 1st February).  While not one to believe in conspiracies, I am starting to be suspicious that this report has been timed to coincide on the same day I am hosting a Dad’s Army Appreciation event, exactly the same event I was hosting when the interim report was issued last year.  This report comes with the Government’s initial brief response, with a more in-depth report due in April – “coincidentally” I will be traveling in April and unable to report to you.

“Taxation” is one of those topics that sometimes should be included in the “don’t talk about list” along with politics and religion.  Everyone has an opinion on whether “tax is theft”, whether it is Government’s role is to “level the playing field” or “transfer” wealth between the rich and the poor.  Of course who is “rich” and who is “poor” is also relative and subject to different interpretations, as well as controversial phrases such as the “deserving poor” (compared to the “undeserving poor”), and the “working poor” (compared to the “non-working” poor who often are given no value for their responsibilities to children, elderly parents, disabled partners, volunteer work etc).

Finance Minister Grant Robertson said the Government would take a “measured approach” in its response to the recommendations and would look at the recommendations it might adopt.  “It was highly unlikely all recommendations will need to be implemented,” he said in a statement released with the TWG report.  The Government wanted to seek technical advice on some of the elements, particularly where the TWG indicated the tax system was unfair.  They would also be talking with their coalition parties.

The government would seek technical advice on addressing some of the elements of the tax system deemed to be unfair by the Tax Working Group, but Mr Robertson said it was bound to accept all or any of the recommendations.

The point of the Tax Working Group (TWG) was to consult widely, and to fix what to many is the inequality of our current tax system (the “structure, fairness and balance of New Zealand’s tax system”).  It also came at the height of the housing boom.  Notably the report focuses on the “income tax” system.  The TWG has rejected tweaking the Goods and Services tax regime, with good reason.  Even though there is a genuine concern that the poor pay more of their earnings as a percentage on household goods and services (GST), than the wealthy.  Unfortunately, not everyone who is poor qualifies for social welfare or wealth transfer schemes such as family assistance.

The TWG acknowledges its report is a collection of diverse recommendations, of which the Government can pick and chose from, both now and in the future.  Here is an extract from the report:

11. The Government does not face a binary choice regarding whether or not to extend capital gains taxation. There is a spectrum of choices for the coverage of assets and the inclusion of each asset class will come with its own costs and benefits.

If the Government were to introduce some (or all) of these these changes as legislation the TWG have recommended a 1 April 2021 start date, which would be post the next general election.  The National Party have stated they will repeal any legislation if it comes into power.  Although it might be better to consider each item separately.  As they might be able to live with some (and to which the Labour lead Government would get the blame for).  Just saying!

In summary, there is a recommendation on a broad extension of taxing capital gains, and consideration of environmental taxes, changes to personal income tax thresholds, retirement savings, and review of taxing certain income within charities.

Taxation on what to date has been considered “capital” had been well signalled. There are no surprises here.

So tax on capital gains will arise on a number of items including:

Tax will be imposed on sale or realisation (note this could include transfer within a family unit).  Although as expected there will be “rollover” relief.  Volume II outlines the TWG’s full recommendations on rollover treatment.  Rollover treatment is predominantly limited to certain life events (such as death and relationship separations), business reorganisations and small business reinvestment. However, the new owner will suffer the tax when they dispose of to the third party.

But the TWG do not recommend inflation adjustments, which will be view as an unattractive feature as this means that over time a person will be paying tax while having less buying power.  The longer an asset is owned the harsher this effect will become.

The gain to be taxed will be on the proceeds of the sale, less improvements, less original cost.  There will be a start date, any unrealised gains before this date will not be captured.

The tax payable will be on the person/entities marginal tax rate.  Which means if your income is under $70,000 then you will pay tax on that lower rate, until the combined income exceeded $70,000 in which case the balance will be taxed at the top tax rate.  The obvious issue with this is the sale is usually a large one-off amount, so we should expect most individuals to be captured at the highest rate.

Rollover relief will apply if the sales proceeds are reinvested for active businesses where the turnover is under $5m.  This is sounding complicated.  Buying a replacement business or property will allow rollover.  Dr Michael Cullen (Radio NZ – 21 February 2019) also indicated that selling a business on or near retirement and reinvesting in Kiwisaver would also qualify.  However, the actual paper suggests this is not rollover relief as such, but a lower tax rate on the capital held within KiwiSaver and you would have to have owned the business for at least 15 years and be over 60 years old to qualify.  The amount would be up to $500,00 in capital gains taxed at this lower concession rate, with the balance at the person’s marginal rates.

Again, no adjustment for inflation in any of these rollover relief rules.

Last year there were some concerns about the “start date” and whether taxpayers, particularly those with large assets or businesses, would have to all a valuation on the start date.  The TWG has addressed this by suggesting taxpayers will have 5 years from the new law to obtain that valuation.  The valuation day will be when the legislation takes effect, proposed 1 April 2021.  If no valuation is obtained then a default system will apply.

We predict that there will be a growth of valuers in New Zealand.

There is a recommendation on “ring-fencing” losses where this in a portfolio of listed shares, associated party transactions and losses from valuation day assets (i.e. drop in value).  However, other capital losses could be offset against other income – with conditions.

Excluded will be the family home and what has been described as personal assets such as antiques, artworks, jewellery, cars and similar.  There will also be no changes to the way foreign shares are taxed (on an unrealised deemed basis).

The TWG does not recommend any wealth or land tax.

Of concern to most people will be the lack of political collaboration.  If this is the be a major change in policy on what is taxable, and when it is taxable, all the major parties should be working on this together.  A new way of looking at “income” needs to be a multi-partisan decision with an outcome that lasts longer than the next election or the one after that.

However, you and I know that is not the whole story.  In the meantime, both our buying power is affected by inflation, but the tax is a blunt instrument so neither of our tax positions are adjusted for this.  I have risked my capital by buying shares that could go down as well as up, the company may never pay a dividend, and could collapse taking my principal sum with it.  The money in the bank is just about the safest investment you can make, but the tax system does not tax either of us based on risk, it taxes us on what is defined as “taxable income”.  Both investments are helping the New Zealand economy, mine directly in a business, yours indirectly via the bank in another business, or asset development/accumulation (such as someone else’s family home).

The TWG’s proposal is that you and I are taxed the same amount regardless of the form in which our source of “income” comes about.

Why not the family home?

The current government directed the TWG to not look at taxing the family home (or the ground beneath it).  A decision that was pragmatic at the time leading up to the 2017 election, but possibly one they may regret.  Many overseas capital gains regimes capture the family home in certain circumstances (even if this is just via a stamp duty or transfer tax, and often if the sale price exceeds a defined sum of say $1m).

Driving behaviours and learning from the past

What taxation does, what any law does, is to drive certain behaviours.  The TWG report refers to this as “corrective taxes.”  Classic examples are alcohol and tobacco taxes and more recently carbon taxes.  Behaviours that are encouraged by legislation (because the Government of the day wants this or that) can have unforeseen consequence – both good and bad.  An increase in tax received by Treasury means that the Government can spend money where best needed.

Such laws can also drive “bad” or selfish behaviours.  They can drive investment and business decisions, or personal and family decisions based on whether any adverse effects of that law can be avoided, eliminated or waltzed around.  “Marriages” for Student Allowance entitlements come to mind anyone?

Those old enough to remember the early 1980’s also know it had the highest tax rate of up to 66%.  In this case that highest rate was reserved for those on National Superannuation who were working – a clear intention to drive one of two behaviours.  The first, was that older folk should stop working and allow younger people to get jobs (message: stop being selfish).  The alternative option was for older folk to give up their legal entitlement to a government paid old age pension (message: stop being selfish).

The 1980’s were full of people who thought they were bearing too heavy a tax burden – and they changed their behaviours to reduce or eliminate that burden thus depriving the taxman of his due.  We don’t want to return to those days, do we?

What’s the message of the Government and the TWG?  It started out as: stop keeping our young people out of the housing market so lets tax the undeserved gains on investment property.  It is now going further: stop taking advantage of the poor– all of you that aren’t poor.

Tax isn’t easy.  And despite what you may think, I think taxes are great.  How else would we as a community be able to fund core social services such as hospitals, education, infrastructure, mental and physical well being, policing, research and innovation?  How else can we protect and care for the weak, the vulnerable and the needy?  Assuming as a society we desire these things.

But lifting people out of poverty is complex, not least of all because “poverty” is not only about lack of money, and I acknowledge that lack of money for necessities is a serious problem.  But it is also the poverty of opportunity, education, health, meaningful work, a meaningful life, love, encouragement, aspiration and hope.  Shifting the burden of who pays what does not lift people out of poverty, it merely creates wider social grievances between members of society.  Moving the deck chairs does not stop people drowning.  Having more life rafts does. 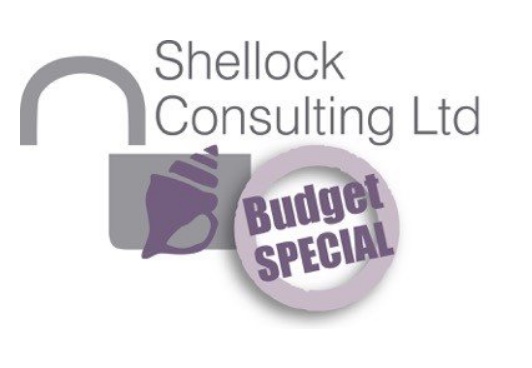